The impact of Zipline drones in innovation

Zipline is a firm founded by Keller Rinaudo, Keenan Wyrobek, and William Hetzler. It originated from San Francisco, California, and develops, produces, and deploys delivery drones. This company has launched services in Rwanda, Ghana, Nigeria, and Japan. Zipline delivers vital shipments via the fastest, most reliable autonomous aircraft delivery service in the world.

The Zipline adventure began in Rwanda and is now expanding all over the world. They deliver hundreds of thousands of shipments of life-saving blood and medical supplies to hospitals and health care institutions. TACTIS was able to explore Zipline activities guided by Prosper Uruvugundi, the community lead at Zippline, during a brief yet informative visit at Muhanga center. 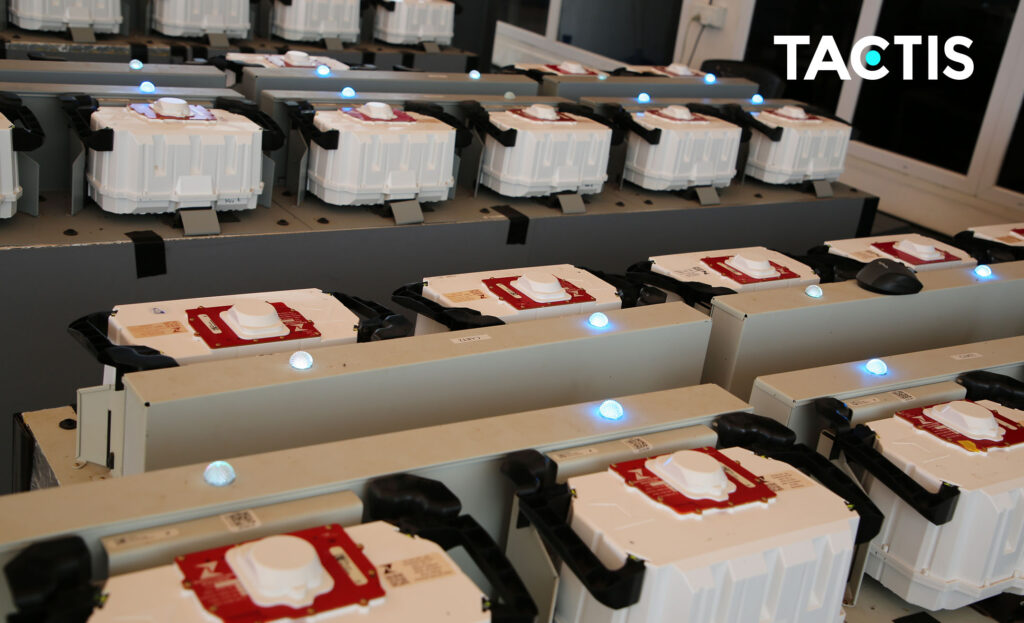 Currently, the Muhanga center delivers medical products to 354 health centers including a dozen hospitals. The impact is significant given the efficiency of the system, converting a 4 - 5 hour road trip into 45 minutes.

How does the drone operate ?

Zipline drones are designed and manufactured in California while the batteries are assembled in Rwanda. These drones communicate via 4G SIM cards, they also have a GPS module to track them and a backup engine in case the main engine fails. Drones can communicate between themselves to avoid collisions and define landing priorities in case several drones arrive at the same time at a reception platform.

Zipline drones have sensors to analyze the flight conditions to allow them to turn around if the conditions are not suitable. If both engines fail, or the climate conditions do not enable the drone to return back to the center, there is a parachute that enables it to land safely elsewhere and get picked up later on. A little anecdote, a word is written on a plate in Kinyarwanda on the drone in order to explain to a person who would discover the drone what to do and how to contact the Zipline teams.

The recharging of the battery and the transfer of data from the black box to the servers is done at the same time and takes a maximum of 30 minutes. Many batteries are permanently charged in order to cope with the frequency of flights.

The centers are operated 24/7 by 2 teams with up to 150 flights daily. The centers are equipped with generators in case of electricity outages to ensure the cold chain is never broken and the medical supplies are always adequately stored.

Why Zipline chose to integrate their first subsidiary in Rwanda ? 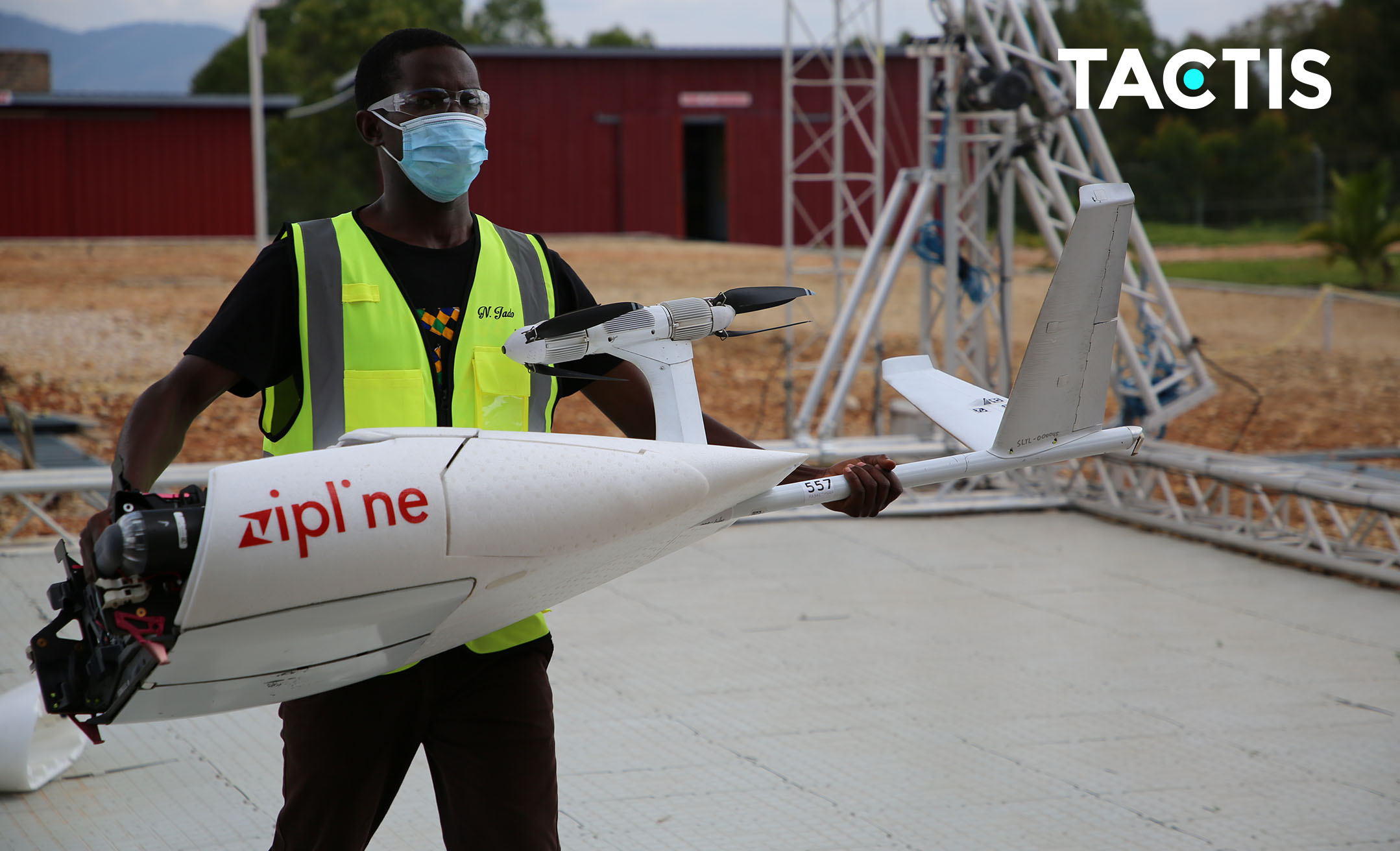 Given the flexibility and awareness of the government towards technology innovations, the regulatory environment in Rwanda has been supportive of such initiatives from the private sector.

It is also important to note that there was a demand for effective medical product delivery in the Rwandan healthcare system.

In 2016, the company signed an agreement with the Rwandan government to build their first distribution center at Muhanga that currently covers the North, South, and Western provinces and a total of over 350 medical health centers. 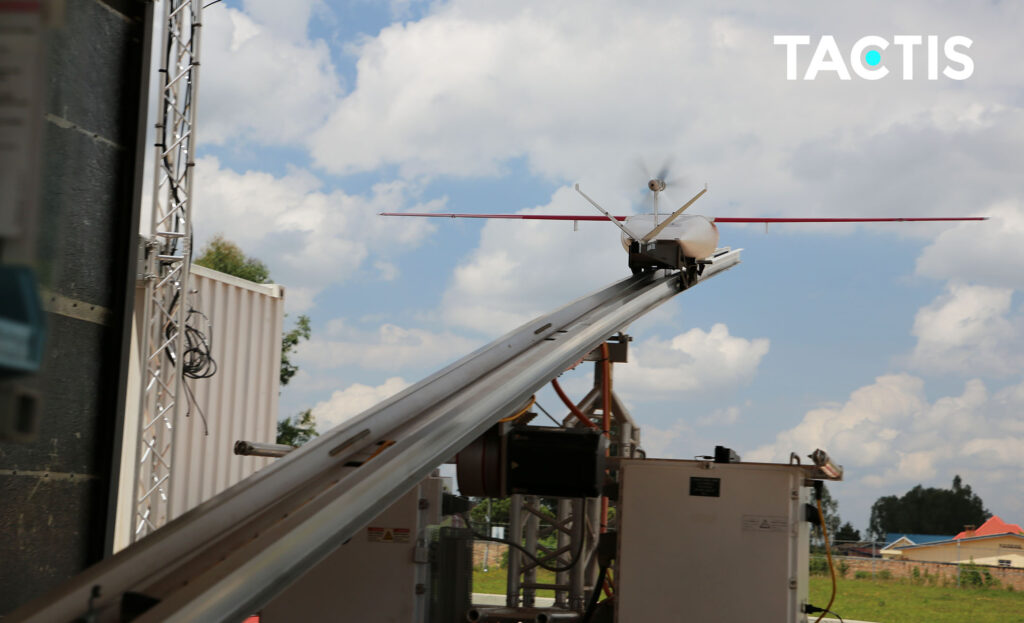 Since 2019 they have opened another center in Kayonza in order to cover the health centers located in the Eastern district. Centralizing certain perishable and important medical supplies in the two Zipline centers also avoids that hundreds of health centers have to create their own stock, which would lead to losses on drugs with a limited lifespan.

These health centers must be eligible according to Zipline's criteria to have access to the delivery service. The teams at the centers are trained to use the service to order and receive the products. Orders can be placed by SMS, phone calls, emails or Whatsapp.

From order to shipment, the Zipline process takes 6 minutes 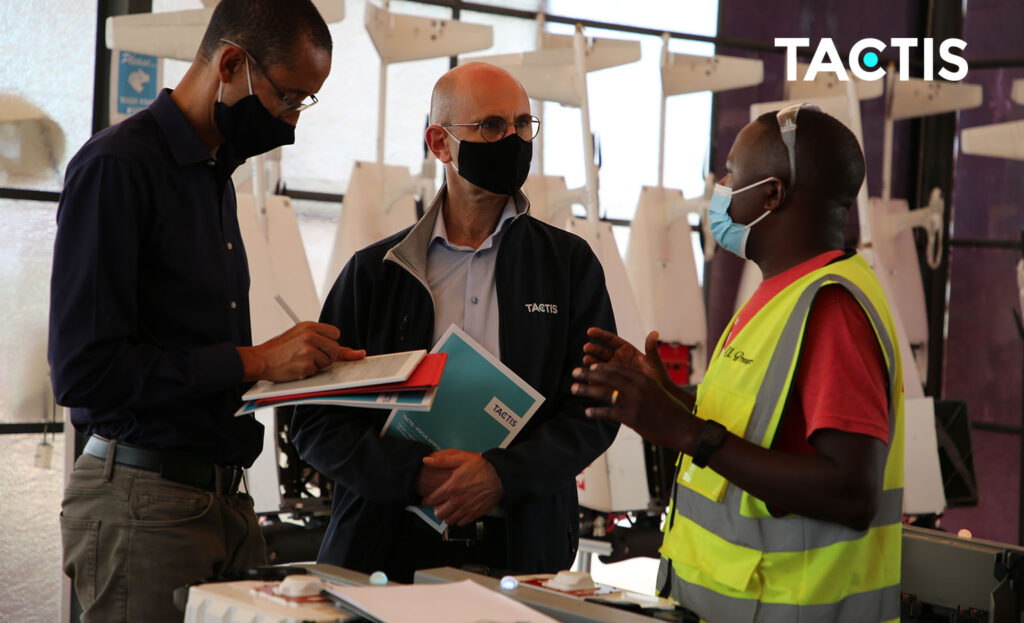 Orders are completed in 3 minutes

The health centers can request delivery by Whatsapp, email, SMS or telephone. When this request is received, packaging the drone and getting it airborne takes less than 6 minutes. Orders are registered on their system which records orders, stock, and products currently being transported.

The approved health centers place the orders and they are displayed on a large screen in the laboratory. If the stock is available, the operator validates the order and this triggers the attribution of a reference ID and a QR code which links the order to the health center and associates a flight plan in adequacy with the drone and the climatic conditions.

3 more minutes of data and logistics

Drone routes to pre-registered hospitals and health centers are pre-loaded onto the drone's internal system. For each center to be approved and receive a delivery, flight plans must be available in the database.

Before activation, the operator selects the drone they want to operate, they confirm this action with a smartphone that is assigned to the drone and coupled with a QR code. The package, which is a biodegradable cardboard box, is put on a scale for a strict weighing.

The package is placed there with its contents and a parachute, also in cardboard, is attached to the package and carefully folded.

Blood bags in the sky at 130 kilometers per hour

The Muhanga center has an activity radius of 80km. The drones can travel at speeds ranging from 100 to 130 kilometers per hour and at an altitude between 100m and 120m and they are receive a boost of 8g at take-off on the launch pad.

The farthest health center is currently 45 minutes away (1h30 round trip) and it would take between 4 hours and 5 hours to get there by automobile. The drones have a maximum autonomy of 2 hours. 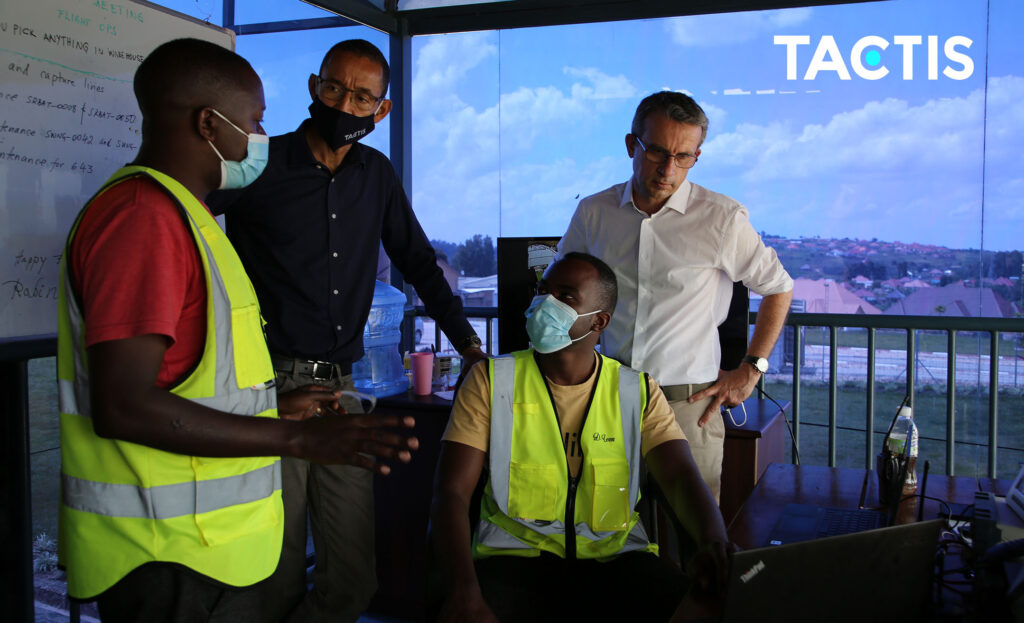 Muhanga airport is equipped with a control tower.The operator communicates with the air traffic control via an application to obtain flight authorizations from the Aviation Traffic Control.

It takes only a few minutes or even seconds for a flight authorization to be granted. This process still involves old technology such as walkie-talkies but they are reliable and efficient.

This is one of the parts of the process that is under development as it could be included in the online ordering system with the flight management platform.

The operator also receives forecasts from Rwanda's Meteorological Services in order to instantly prevent any risk to the drones during the planned flight.

An airfield like Muhanga already operates more than 150 flights per day with a 100% delivery success rate. Flights are conducted 24 hours a day, 7 days a week.

Made in Africa exported to Japan

Zipline is a great success and provides an innovative service and has a real ability to continuously evolve and adapt the solution.

The objective here is twofold: Offering a free public service to the population because the health centers do not pay for this logistic service, but the patients always pay for the drugs and the care. It is also important to note also that Rwanda has a medical insurance service known for its efficiency.

Tactis has a subsidiary in Rwanda since 2019

In 2019, Tactis was one of the first French digital companies to set up in Rwanda. Bernard Binagwaho, Africa Director, has 25 years of experience in the telecommunications sector.

From offices located in an innovation incubator and with a strong local presence, Bernard Binagwaho manages a team of two employees. He is in charge of Tactis' development in Rwanda and Africa.

Directeur Afrique
Bernard is responsible for the development of Tactis in Africa, and more particularly in sub-Saharan Africa, via the creation of the subsidiary in Kigali, Rwanda.

Get in touch with Bernard

Hello, do you have a question about the project ? Do you need a clarification or do you have a more general question? Send an email to Bernard Binagwaho, Tactis Africa and Middle East Director. 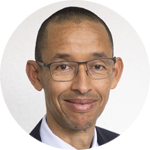 Africa and Middle East Director
Bernard is responsible for the development of Tactis in Africa, and more particularly in sub-Saharan Africa, via the creation of the subsidiary in Kigali, Rwanda.